The rural commune of Aït M’hamed, located in the High Atlas Mountains, has an estimated population of 24,000 spread over dozens of remote villages. With only two nurses, one doctor and one dispensary to serve the entire commune, the annual one-day health caravan – which provides free medical consultations and treatment – is a vital part of our programme to support the health and wellbeing of the communities where we work, especially during the cold winter when there is a lot of rain and snowfall.

The local community was very pleased when we arrived on Sunday morning with a medical team of more than 50 people including pediatricians, gynecologists and general practitioners, and nurses. Although it was very early in the morning, hundreds of people were already gathered outside the primary school and local health centre where the medical consultations took place.

Whilst 550 people signed up for the health caravan in advance, imagine our surprise when we learnt that the team had carried out more than 1800 medical exams for men, women and children that day. Saber, aged 68, was surprised to see such a big crowd as well. “Did you see how many people came out today?”, he said, “I’m glad I woke up early this morning. I was one of the first to receive a consultation. Now I’m just waiting to get my medicine.” With a collection of more than 2000 medicines available, the team installed a temporary pharmacy in one of the classrooms of the primary school where patients, such as Saber, could collect their medicine for free after their consultation.

Right across from the local primary school, where consultations for men were held, women and children had gathered in large numbers outside the health centre. Once inside, I saw several pregnant women seated in one of the rooms, waiting for a consultation that would include an ultrasound and necessary pre-natal care. When I walked into the pediatrics room I found Latifa with her three daughters Souad, Latifa and Halima. “My girls are doing well”, Latifa told me, “except for little Halima who has been suffering from a bad cold for weeks now. The winter has been very cold this year.” The most common medical conditions recorded for the 345 children (under the age of 15) that were examined were respiratory, eye and digestive infections.

When I returned to the primary school I found Mohamed and his friend El Hamou, who both live in a village 10 km away from the centre of Aït M’hamed. “Luckily we don’t live that far”, he said, “There is some transport going to and from the centre. Since my knee is hurting so badly I would not even be able to walk. I know many people came by foot and had to walk for more than an hour to get here.” I accompanied Mohamed to his consultation where he explained to the doctor all about his aching knee. Chronic conditions such as arthritis and rheumatism were recorded widely throughout the day. The medicine Mohamed received after his consultation will hopefully help reduce his pain.

The health caravan was a huge success. The team worked incredibly hard to help as many patients as possible and provided free medical consultations to 7.5% of Ait M’hamed’s population in just one day! At the beginning of May, right before Ramadan, a small medical team will return to Aït M’hamed to carry out follow up visits on certain patients. Those in need of further medical care will be referred to the central hospital in Marrakech.

As part of our commitment to our UK Government funded Darwin Initiative project Mobilising useful plant conservation to enhance Atlas Mountain community livelihoods we are bringing annual health caravans to vulnerable communities in the communes of Imegdale and Ait M’hamed to help support rural livelihoods. 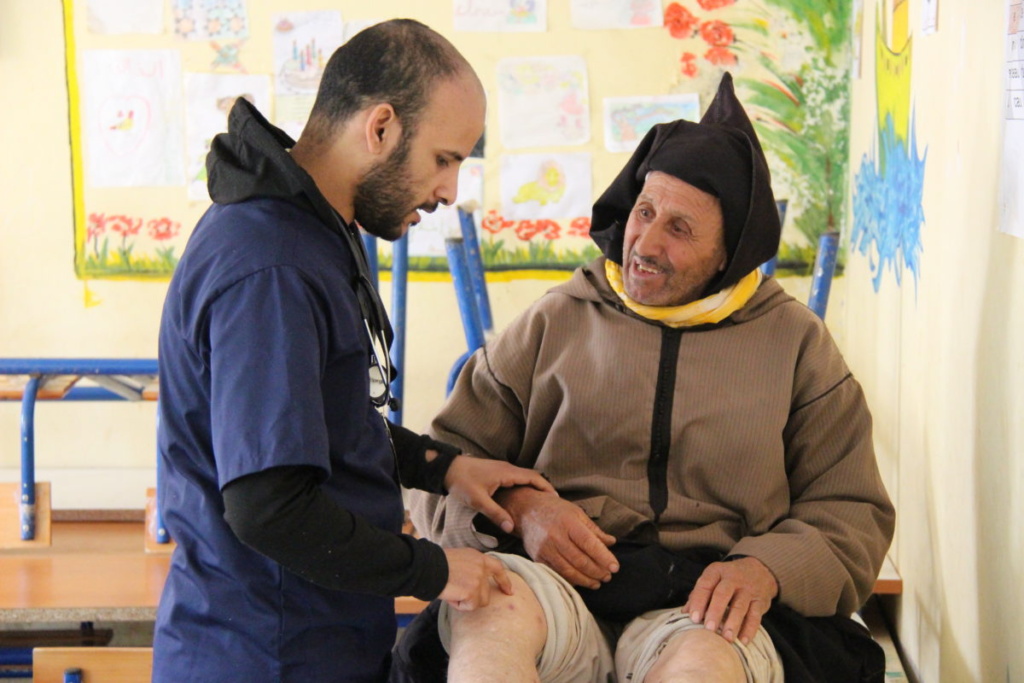 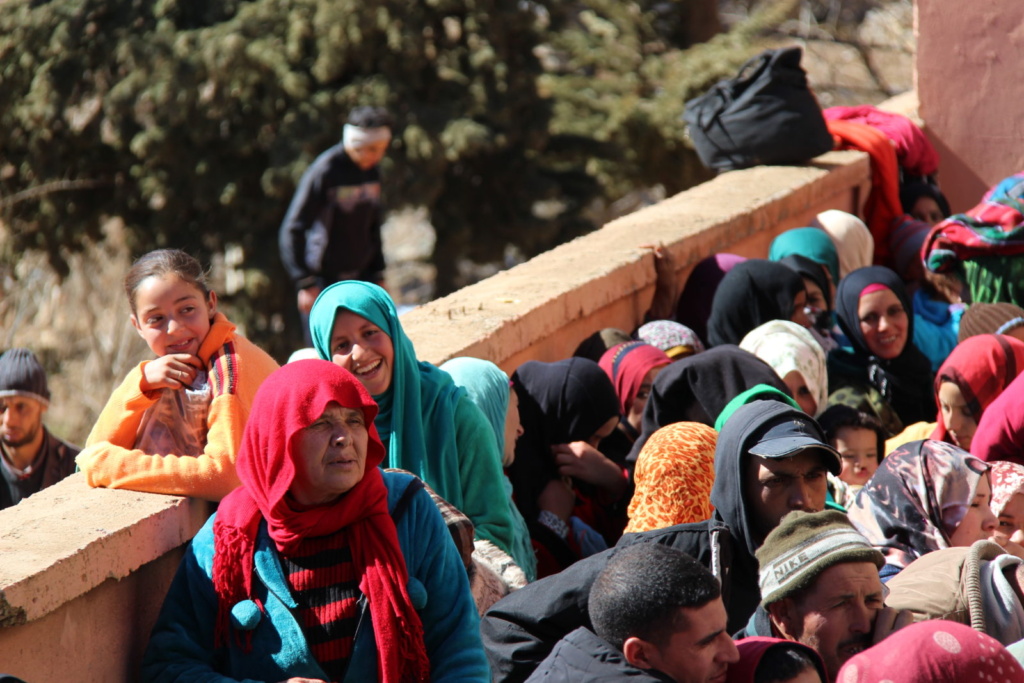